Climate Change: Are 25 Cities Creating Half of the Problem?

While everyone is committed to climate change, it appears that efforts to mitigate climate warming gases and industries need oversight directly towards places producing the problem. A new study suggests that a concentration of cities in China are producing over half of global pollution, suggesting that policy needs to adapt for incentives to mitigate dirty industries and practice. 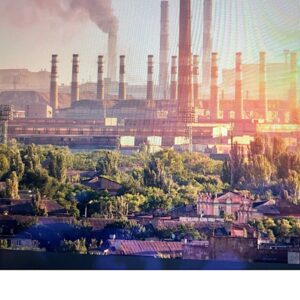 As written in Reuters, Emma Rumney and Isla Binnie looked at a new study showing that just 25 cities, almost all in China accounted for over half of all climate-changing gases coming for 167 urban sites around the world.

Published in Frontiers in Sustainable cities (which has no paywall) 23 cities in China including Shanghai and Beijing along with Moscow and Tokyo create 52 percent of global pollution. You can take a look at the technical study here.

And despite the data and pollution policy pushes, only sixty-eight cities world wide have set up emission reduction levels, with only 42 cities tracking the changes .Of those 42, only 30 cities have made any progress in cutting emissions.

The question comes back to one that is also being discussed in Vancouver: should climate mitigation and control be the responsibility of cities,or should this be a regional responsibility? Are metropolitan constructs like Metro Vancouver better able to assess and administer pollution and polluting industries at a regional level?  Or should oversight, funding and regulation for reducing pollution be the job of a senior government?

Here’s a YouTube video that examines some of the topographical conditions and industries that have contributed to Beijing’s pollution across the city.

Why Virtual is not Enough: Craving the Contact & Connectivity of Public Spaces