The Corner Store in the West End

Say “corner store in the West End” … and the romantic among us think of this: 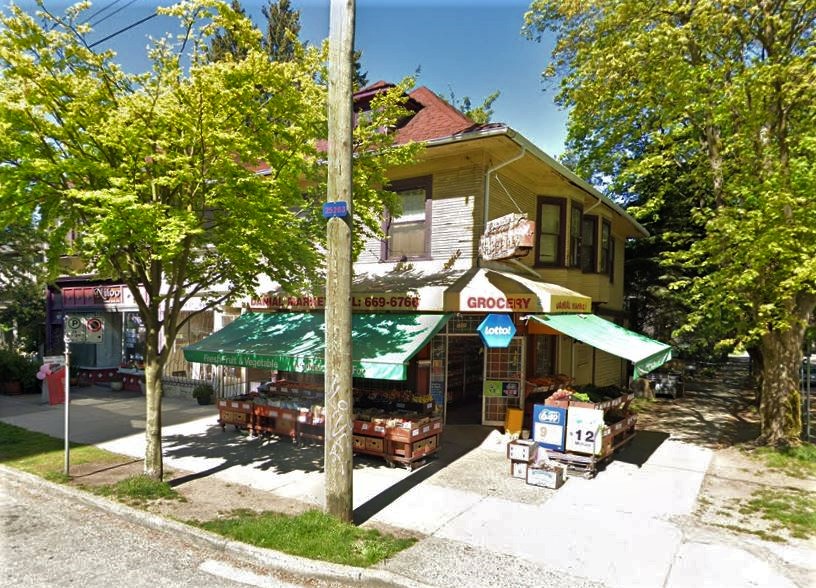 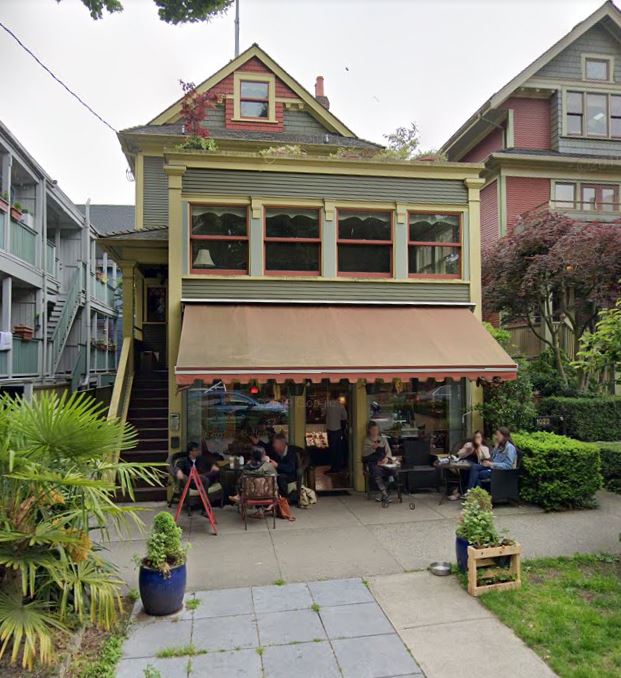 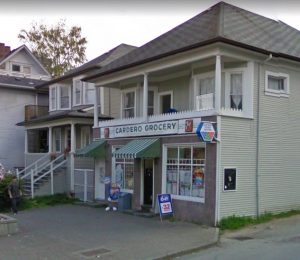 Most aren’t really ‘corner stores’ of course – more remnants of an age prior to ‘Euclidian’ zoning when the owner of a house with a front yard could build a storefront to the sidewalk and open for business, providing, as Sandy describes below, “a place where locals can buy milk, cheese, some staples and hear the local goings on and gossip.”

When I first moved to the West End in 1978, there was such a place literally down the lane – empty now – operated by a Korean immigrant family whose daughter I watched start to turn into a teenager.  (Perhaps now writing a novel or screenplay on the west-coast version of Kim’s Convenience.)

No wonder we feel so romantic about them, though many of those that remain are really coffee shops, able to survive on the caffeine mark-up and artisanal sundries.

For places that never had such conversions in their post-war history – starting with ’50s suburbs like Oakridge – corner stores of this kind are not allowed today, and there are reasons.  A new structure would have to be built, and it would require rezoning, raising two problematic challenges: parking and the impacts, perceived or otherwise, real or mistaken, on the present neighbours.  Ask the opinion of someone who would live in their single-family home next door to a design-controlled, limited-service, locally serving commercial establishment without parking, and then wonder whether the proposal would survive the public consultation process.

In reality, of course, there are still corner stores.  They’re very viable, selling diary, staples and many flimsy packages of fat, sugar and salt in all their processed variations, and they look like this: 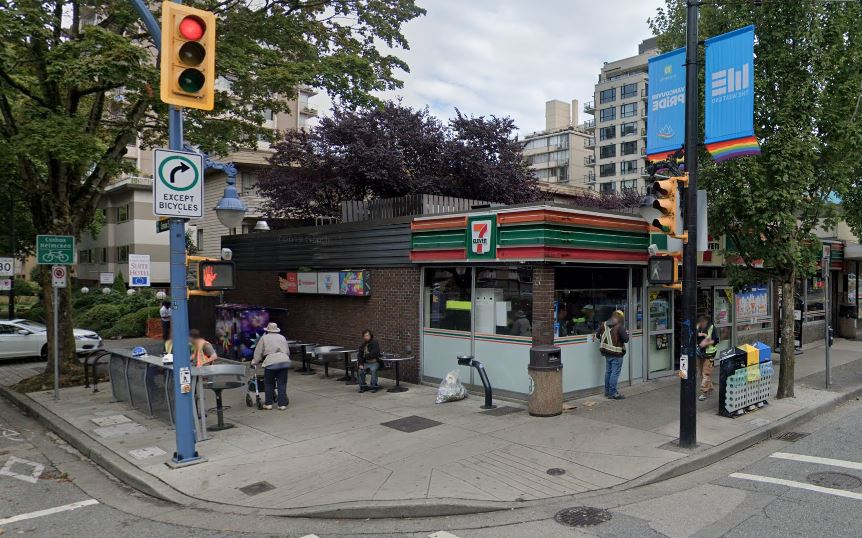 They may be the only places, under 20,000 square feet, that can meet the ‘popsicle test’ – where your kids can go out by themselves to a store safely to purchase a popsicle and return home before it melts.