McArthur Glen 2 measured in Jakriborgs – Another Perspective from Neil21

An excerpt from Neil21’s blog, who posted this a year ago:

I touched on all these themes in my initial reaction to the plans here I offered an alternative plan and narrative for Templeton.

And I also learned from responses – like the land has a federal/first-nation ownership which (like that other horrible new mall) incentivizes cash-grabs over seven-generation thinking.

“Luxury outlet” isn’t the only contradiction in this architectural kitschtrosity that Vancouver Airport Authority has planned for Sea Island. …

Let us briefly examine the opportunity cost of 30 these acres, served by rapid transit, and in a Metropolitan region that is famously desperate for housing in transit-oriented neighborhoods.

Jakriborg is a village in Sweden that broke ground in 1999. It is home to 500 families on a 12.5 acre site. Many urbanist bloggers enjoy asking, when confronted with a large parking lot (mostly park-and-rides): How Many Jakriborgs Is That? The 30 acres of our Sea Island site could fit almost two and a half Jakriborgs. That would be home to over 1,000 families who – presumably – would all have to have a wage earner or two each. Boom: there’s your 1,000 jobs, and maybe twice that.

But wait – what kind of jobs? Well, if you were seeding a new town at this transit station, with thin walkable streets and many flanked by the active storefronts of live-work units, you might expect the businesses to be locally owned. That would bring all the local economic multipliers – use of local accountants, lawyers, suppliers etc. – that branches of international chains doesn’t.

The opportunity cost of this land use and design is unimaginable. Shame.

Flying from Asia to Toronto? Why not break your trip, with a night in Templeton! This gorgeous urban village of just under 4,000 people showcases some of the best West Coast modern architecture of the 21st century. The cosy, narrow streets are reminiscent of the back streets of Tokyo or Amsterdam, and the town square, with its iconic Bill Reid sculpture and dozens of small bars and restaurants, is a popular weekend spot for Vancouverites. Alternatively, catch a show downtown – only 30 minutes away by rapid skytrain – before returning to Templeton for a nightcap, and a great night’s sleep in any of the charming boutique B&Bs. 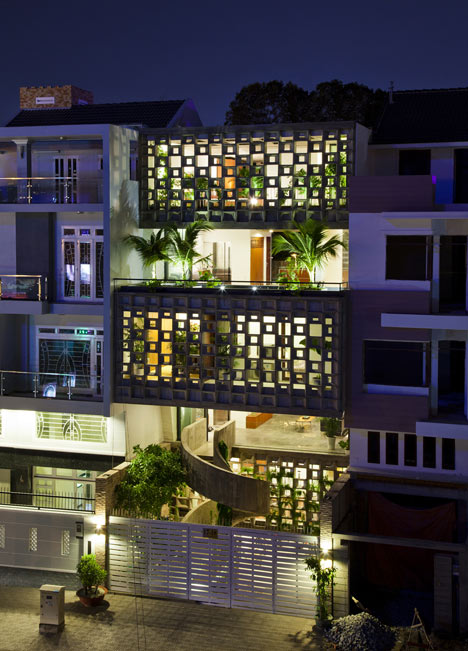 I’m genuinely interested to learn more about the economic rationale for this move by VAA. Here’s what I think the situation was:

So in order to develop a pseudo organic town, VAA would either

For example, how did it work for Sean Hodgins’ Century Group on Southlands? Did they own the site outright, or a lease on it? How does it work for other New Urbanist developments?

Ok, so I now see the land is Musqueam owned, held by the Feds/Queen, and leased to VAA. That makes the deal sound like grab-the-cash-and-run Tsawwassen First Nation’s mall. Sustaina-what?! Although McArthurGlen calls it a “joint deal” with the Airport, which may just be spin, or may indicate some skin in the game by VAA?

Note that my main beef is with VAA’s short-termist cash grab, not the mall guys. They’re doing what they do: they have a model, and they stamp it out, sucking on the generous teat of public infrastructure investments globally. A transit station, a highway investment, then parking here, open-air faux streets here. Boom. On to the next.

But is this really why the Federal Government invested taxpayers’ funds in the Canada Line? An airport at one end, real urbanism at the other, and mall crap at every stop in between? Why not seed a village at every stop? Isn’t that what transit’s for?

But you’ve still come to the conclusion that it’s worth the time and effort?

Yes, we’ve learned a lot over the years from a planning point of view as to what will and what won’t work. I think that getting closer to town centres is probably the key to obtaining permission in Germany because many of our visitors will also shop there.

For instance, an initial application near a motorway failed for Remscheid, but we are now quite optimistic about obtaining planning approval for a site at a former football stadium adjoining the town centre.

Why not go whole hog and move straight into town centres?

While we should love to go into a town centre and own it, we would need the whole town centre to make it work.

As town centres rightly need numerous small local services, such as chemists, banks, butchers, newsagents etc., it would be wrong for us to move there.

So we are a different offer, and therefore the ideal location for an outlet is to be near to, rather than directly in, a town centre so that all parties can benefit. Every scenic place on Planet Earth is now ‘grammed. and ‘toced more than the grains of sand on a Bali beach
Consistency of colour, the vernacular architecture, lushness of landscape - all really impressive. I assume this is cultural and response to climate, not rigorous imposed design control
Airport road may not be typical, but so far impressed with landscaping and design, consistency and character of architecture, so many temples, tropical feeling Traffic, however, is Jakarta insane.
Every part of Indonesia has its own ‘style’ and identity. All the more amazing that it also retains a national identity
4 Airport at Bali - like YVR, the design makes a statement about place
3 Airport ar Bali - “the last paradise”? I thought that was West Vancouver