The End of the Private Vehicle?

Maybe for many of us – or at least Farhad Manjoo thinks so, here.

With a near record-setting investment announced last week, the ride-sharing service Uber is the hottest, most valuable technology start-up on the planet. It is also one of the most controversial. 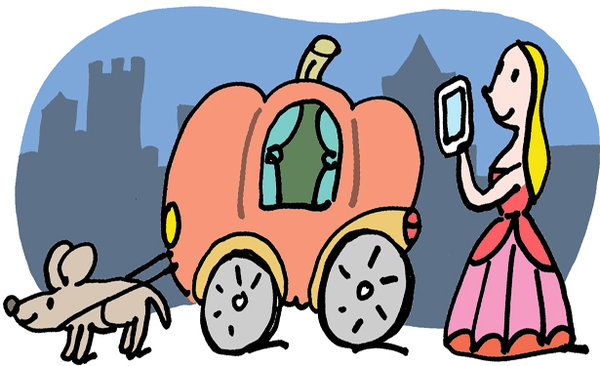 Uber could (accomplish) something that has long been seen as a pipe dream among transportation scholars: It has the potential to decrease private car ownership.

In its long-established markets, like San Francisco, using Uber every day is already arguably cheaper than owning a private car. …  The competition is likely to result in more areas of the country in which ride-sharing becomes both cheaper and more convenient than owning a car …

Paradoxically, some experts say, the increased use of ride-sharing services could also spawn renewed interest in and funding for public transportation, because people generally use taxis in conjunction with many other forms of transportation.

In other words, if Uber and its ride-sharing competitors succeed, it wouldn’t be a stretch to see many small and midsize cities become transportation nirvanas on the order of Manhattan — places where forgoing car ownership isn’t just an outré lifestyle choice, but the preferred way to live. …

Susan Shaheen, the co-director of the Transportation Sustainability Research Center at the University of California, Berkeley, has found that car-sharing services like Zipcar and bike-sharing services have already led to a significant net reduction of car ownership among users. …

A survey commissioned by regulators in San Francisco found that if taxis were more widely available, people would use public transit more often, and would consider getting rid of one or more cars. …

Ride-sharing services solve this problem in two ways. First, they substantially increase the supply of for-hire vehicles on the road, which puts downward pressure on prices. …

But Uber has done more than increase the supply of cars in the taxi market. Thanks to technology, it has also improved their utility and efficiency. By monitoring ridership, Uber can smartly allocate cars in places of high demand, and by connecting with users’ phones, it has automated the paying process. When you’re done with an Uber ride, you just leave the car; there’s no fiddling with a credit card and no tipping. Even better, there’s no parking.  Compared with that kind of convenience, a car that you own — which you have to park, fill up, fix, insure, clean and pay for whether you use it or not — begins to seem like kind of a drag.
.

“And if your car sits there five out of seven days, suddenly you’re starting to look at that fixed cost as being a waste,” Dr. King said.

Free Webinar: Restroom Deserts: Where to Go When You Need to Go

Free E-Books on the Environment & Climate Change from Island Press!

Every few weeks the spaces of the 800-block Robson are marked off. The memorial to the children in residential schools becomes a metaphor and illustration of unceded territory. How permanent will it be and how much. And who will govern.
Finally. Art worthy of this intersection - Georgia and Granville.
“Building a city we love” - nice line
Victoria-scale landscaping saves the fake Deco of Uptown
Roofline. Victoria
Zowie! The Johnson Street Bridge