The Mountain View Cemetery and Little Chamber Music invites you to a special event for Remembrance Day.

Please join us on Saturday, November 11, at Mountain View Cemetery for a very special day of Remembrance and music. All performances are free and accessible and take place in the Celebration Hall (5455 Fraser St). Also on display will be our collection of archival photos of Canadian forces in WW2 as well as the early years of the Veterans Housing Project. 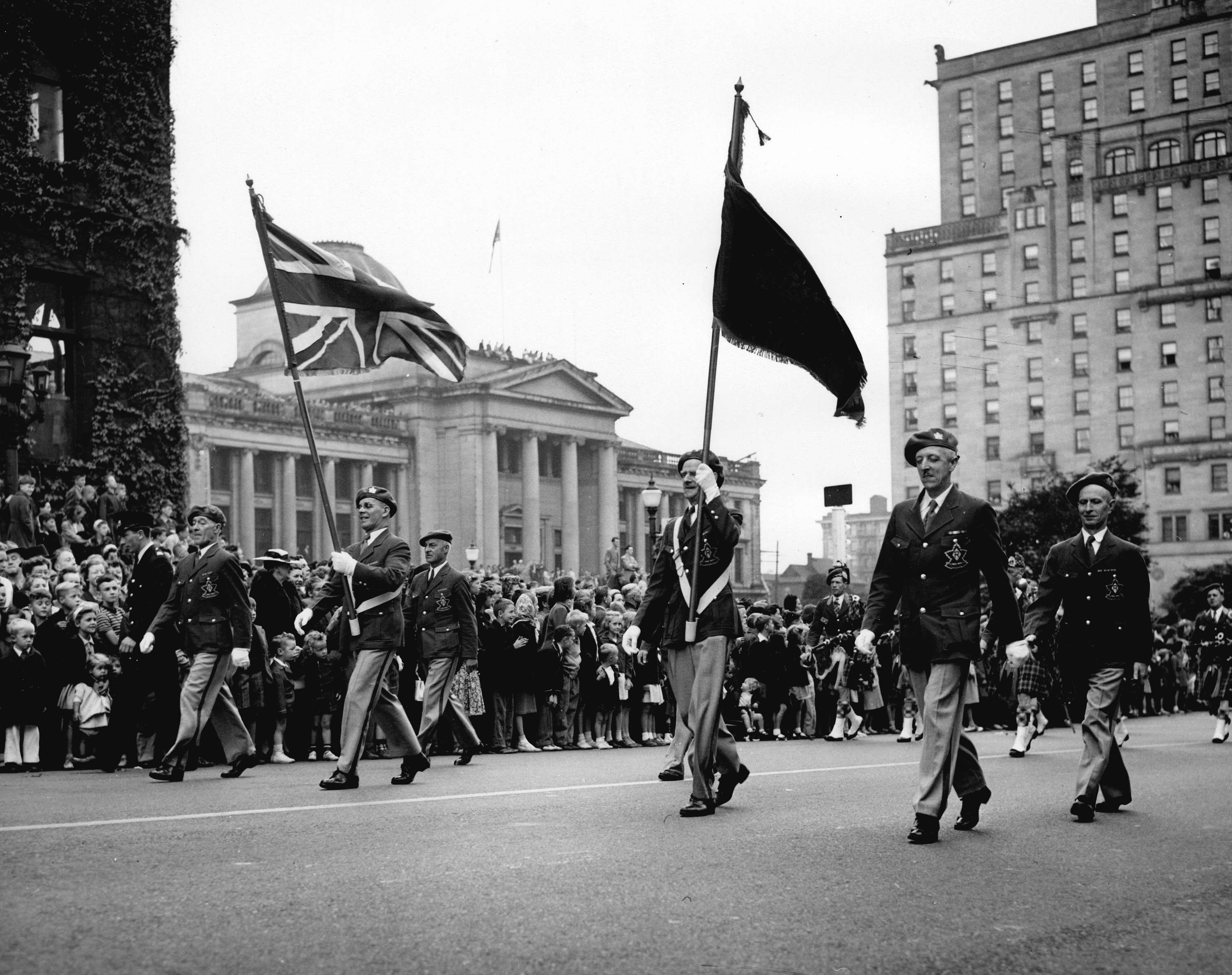 At 11am the Allegra Chamber Orchestra conducted by Janna Sailor will perform Mark Haney’s “11”, a piece written in tribute to the Renfrew Heights Veterans Housing Project, based on the lives of 11 Vancouver veterans (including 102 year old D-Day veteran Edmond Champoux).

At noon the Homegoing Brass Band will present “Remembering the Never Fails”, a musical tribute to the band of the legendary 85th regiment. 100 years ago the 85th (also known as the Nova Scotia Highlanders) were to be supply for the battle at Vimy Ridge, but ended up being sent to the front where they distinguished themselves as one of the premiere regiments of the Canadian Forces. Their band is one of the most revered in the history of the Canadian Forces, and the Homegoing Brass Band will be performing new arrangements of some of the pieces the band played during the First World War.

Founded in June 2016 by conductor and violinist Janna Sailor, the Vancouver based Allegra Chamber Orchestra is an ensemble dedicated to creating opportunities for women and minorities in the music industry, with a mandate of social action through music. The orchestra has been featured on CBC Radio,German and French Public Radio, Radio ICI, the Strad magazine, The Violin Channel, The Walrus, The Hub magazine, as well as other publications and media outlets across North America and Europe.

As one of the only all female professional orchestras in the world, the Allegra Chamber Orchestra maintains the responsibility of the artist in society is to shine a light on issues that need to be changed and addressed, while provoking creative thought and solutions, first within ourselves, and then in the broader context of the community at large. Each innovative concert, event and recording project presented by the ACO has a social impact focus and a practical method of financial and visible support for the partnering charitable organization. The ACO seeks to integrate music and humanity back into the community in a practical and accessible way,while striving for the highest standards of performance and artistic excellence.

The Homegoing Brass Band is a Vancouver based, non-denominational, ensemble of professional musicians, providing solemn and uplifting music for funeral and memorial services. Formed in December 2009 by Dr. Marc Lindy (tuba), the brass repertoire draws from many countries and cultures. Homegoing Brass Band is the only dedicated brass funeral band in Canada.

We’ll be able date the past generation like we do by its cars, telephones and fashions with any sign of thjs …
Now that the downtown separated bikeway network is nearing completion - the product of five councils that supported and funded it - how odd that no one on the current council is taking political advantage by really celebrating it.
Quebec and 4th
If you haven’t been near Quebec and 3rd recently … the latest in commercial/industrial design
Daily Scot idea: ten cent deposit for every cigarette butt. Five cents to those who turn them in, five cents for processing and recycling fee. Prediction: city will be cleaned of cig butte in two weeks.